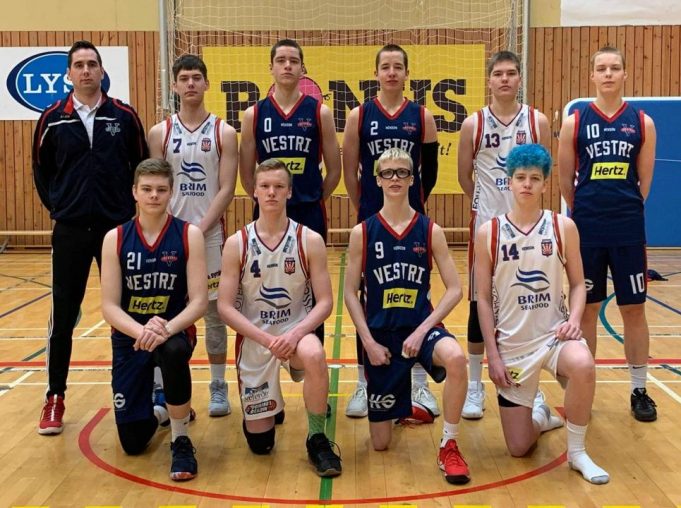 The Scania Cup is the tournament where young players get to measure up with an international level of basketball.
For the teams from Iceland this is is both a luxury and an adventure.
But hardly a cause for excessive respect.
– Of course our aim is to win the whole tournament, says Ísak Örn Baldursson, 15, who plays for Vestri.
You can watch Scania Cup live on SolidSport – April 18-22.

The basketball tradition is strong in Iceland, even out in the smaller towns.

As in Ísafjörður, where the local team is called Vestri and has the trip to Sweden and Scania Cup as one of the year’s absolute highlights in 2019.

– The best thing about Scania Cup is to compete against teams from several other countries. In Iceland we play the same opposition all the time, says Vestris Egill Fjölnisson.

Which in Vestris case leads to collaborations with other clubs from smaller nearby towns in Iceland.

– We have sought reinforcement from the club Snæfell located in the town of Stykkishólmur, also in the west of Iceland like Ísafjörður. We did the same for last year’s Scania Cup when we played with boys from another town in the west of Iceland, Borgarnes. The cooperation with Snæfell is going very well and all the boys are excited about the upcoming tournament, says Birna Larusdottir, who is one of the important parents around Vestri’s basketball team.

But smaller squads certainly do not mean lower quality when it comes to basketball.

The Icelandic teams have proven they are able to compete at the highest Scania Cup level – for example the team of Valur (with players born in 2002) from Reykjavík became Scania Cup-champions last year – and if you ask the players in Vestri what the goal looks like in 2019, the answers come quickly.

– The goal is to win the entire tournament, says Egill Fjölnisson.

Team mate Ísak Örn Baldursson, one of the players from Snæfell, agrees:

– Of course our aim is to win the whole tournament!

So how can the Icelandic youth teams be so successful on an international level?

– I think that is because we practice well, we have good chemistry in the team and we have a good coach who runs good plays for us, says Egill Fjölnisson.

– Because we practice a lot and during games we hustle and fight a lot.

Vestri will be very prepared for the trip that they have been looking forward to for almost a year.

Birna Larusdottir says about the experience from last years Scania Cup in Södertälje:

The organisation was terrific, and it was just a pleasant stay from the beginning to the end.

One of our players said: “This was the best tournament experience ever”. It was something new and the boys loved it.