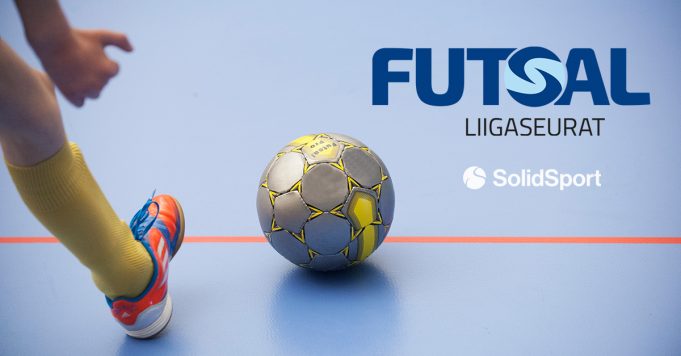 Futsal League, the highest divison in Finland, have signed a cooperation agreement for the 2020-2021 season with Solidsport. All the games in the Futsal main series will be able to watch live on Solidsport during the upcoming season.

The production is carried out together with clubs and games can be easily streamed on every team channel. Both through a web browser and the Solidsport app. Spectators can watch all games in the men’s and women’s main leagues with a single monthly or seasonal fee, while supporting their favorite team.

Solidsport also shows all men’s and women’s lower division games and all of the second highest floorball league Salibandy Divari games on its separate channels. The series channels have received a lot of positive feedback and teams can directly earn important revenue to support their activities from the live streams they are producing.

“It’s great to bring another sport to the Solidsport platform. We have already tested individual games and the successful completion of the Futsal Final Four last season opened the way to this agreement. We are now able to work on a growing cooperation that will make it possible for clubs to grow their activities even better. Solidsport’s goal is first and foremost to bring concrete earning opportunities directly to clubs and teams,” says Sauli Silvonen, Country Manager at Solidsport.

Watch all games live on Solidsport

All men’s and women’s games can be found on the solidsport.com/futsalliiga.

The purchase of games as a monthly subcriber takes place on the channel of the selected men’s or women’s team. Every game can also be purchased individually, in which case the support goes to the home team of the game in question. The Superpass offers all men’s and women’s league games throughout the year for €99. The monthly subscription shows all men’s and women’s league games at a total price of €19.90.

“I am very pleased with the start of cooperation with SolidSport. The newly launched platform, implemented by Solidsport, provides an excellent way for all teams in the football main leagues to promote the development of their own team. It is of our a biggest interest ad importance that the major leagues of our sport are displayed through a single platform” Tero Kivistö, chairman of futsal-liigaseuros, says.

“The Covid-19 pandemic, which causes global problems, is also a major problem for teams playing in the football leagues, causing real economic challenges for clubs. With this collaboration we are able to provide clubs with a concrete way to survive this challenging time. At the moment, no one can say what kind of restrictions the interest rate will still be caused during the season. While the clubs are doing well, they are also able to provide quality entertainment to the audience that thirsts for it, at least thrue live streams.”

Fighting cancer with positive power: “I’ll be back stronger than ever”

Fighting cancer with positive power: “I’ll be back stronger than ever”